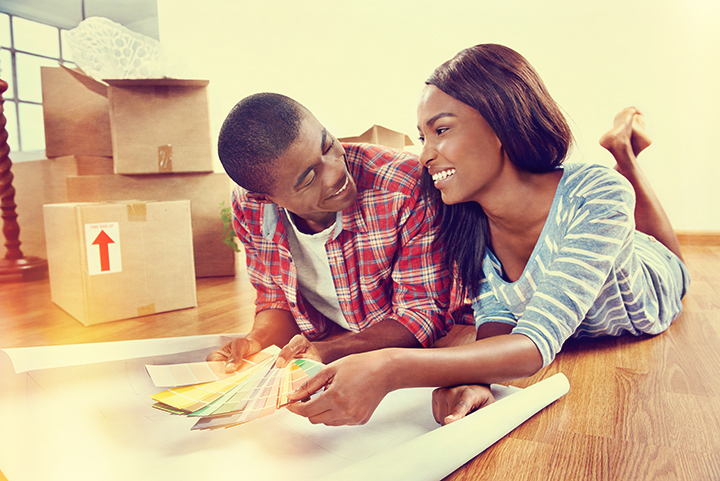 Something we don’t hear much about in the news or even in general conversation among real estate professionals is the “housing affordability index.” Published by the National Association of Realtors, this is a measure of how much home a typical family can afford in the United States. This article is not speaking to that actual index but will discuss how mortgage interest rates can affect the affordability of housing to the average person. While housing prices fluctuate, I am strictly speaking to how rates affect your payment.

In 2003, we saw mortgage interest rates drop below 6% on average for the first time in decades. Prior to that, the average rate for a 30-year fixed mortgage was closer to 9% (this includes the early 1980s when rates peaked at more than 18% in 1981!). Rates had spiked up after the massive inflation of the 1970s and didn’t drop below 10% until the early 1990s. When my wife and I bought our first house in 1990, our rate for an FHA loan was 10% and we thought that was pretty good!

When I joined the world of mortgage finance in early 1994, rates were around 7.5% and there was a massive refinance boom. Then suddenly rates jumped again as the U.S. economy climbed out of a recession and they hovered around 8.5% to 9% right up until 2001 when the events of September 11 struck a blow to the heart of the American economy. Following that tragic moment in history, we began a long period of low rates and the steadily increasing housing values through 2007. Easy lending opportunities led to more and more people becoming homeowners. During this decade, mortgage rates averaged between 5.5% and 6.5% overall.

Then another major event occurred – the financial crash of 2008. This devastated the U.S. economy and the housing market leading to the lowest rates in history. In 2009, rates dipped below 5% for the first time since the 1960’s and they have stayed below that benchmark since. Both 2012 and 2016 saw rates dip below 4% – again historic lows. In 2018, rates ticked up to around 4.75% before dropping below 4% again in 2019.

After the pandemic hit in early spring of 2020, we saw serious devastation once again, but only to certain segments of the U.S. economy. Throughout the year, interest rates slowly worked their way down until we saw 30-year fixed rates dip below 3% in January 2021 for the first time ever. Currently, rates have begun to move back upward so there is some concern about the effect this will have on the housing market in general.

This brief history lesson is to illustrate that rates can move which makes a difference in the affordability of housing, especially if prices continue to rise. However, even with home prices increasing throughout 2020, the “affordability index” was among the lowest in history. Allow me to explain:

While the home buying/selling/construction market is hot right now, you can afford much more with the current interest rates in the mid-3’s than you could just 1 – 1.5% higher. Housing prices may, and most likely will, level off at some point and interest rates will rise eventually with inflation. This leaves people wondering: should you wait for housing prices to settle and maybe fall? Or, will interest rates increase leading to less affordability?

There is no simple answer but speaking with a Univest mortgage professional is a great place to start. We can help you examine the many types of home loan programs that exist, including grant funds for down payment assistance, low down payment programs, high value loan programs, construction loans and more. This knowledge combined with a close eye on the housing market can help you navigate the challenging waters of home buying and put you in a better position to compete for your affordable dream home!